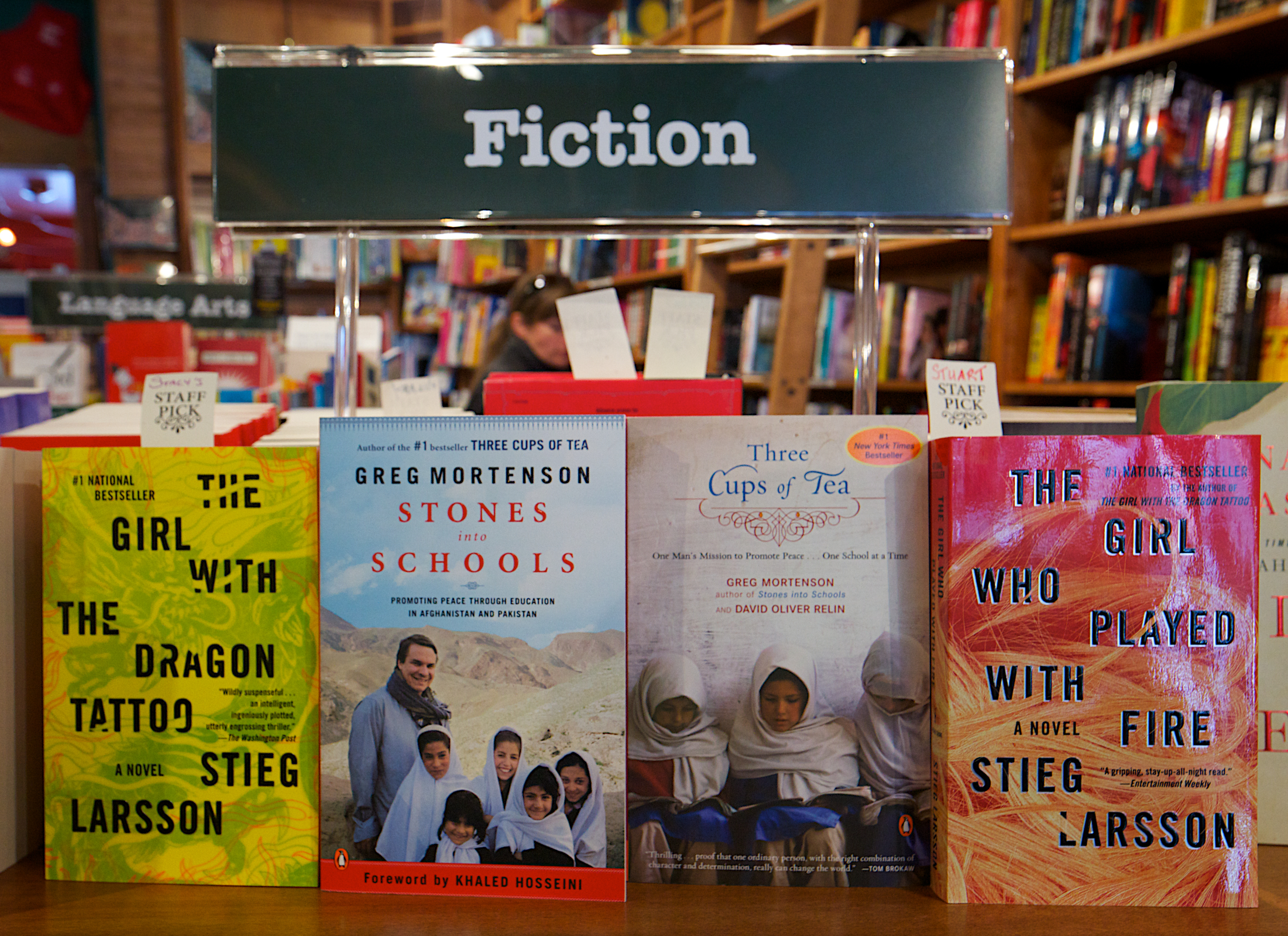 On “Whites in Shining Armor,” and the toxic fantasy of saving the world with schools

The revelation that Greg Mortenson’s New York Times best-seller Three Cups of Tea was based on fictionalized accounts of his experiences in Pakistan and Afghanistan, that his charity’s funds were misspent and its books were cooked, and that there was little or no followup or support for many of his schools once they were built – if they were built at all – has drawn a lot of media attention.  But the larger fiction which goes unquestioned is Mortenson’s romanticized portrayal of education as a panacea for all the world’s ills, a silver bullet that in one clean shot can end poverty, terrorism, and the oppression of girls and women around the world.

Don’t get me wrong – I would never deny that there are individuals who benefit when money is spent on education, and I would never want to come between those individuals and that money.  If a girl from rural Pakistan wants to go to school and has a knack for academics, she deserves support and I hope she gets it.  But the idea that building schools and getting every kid on the planet inside them is a solution to the problem of global poverty, for example, is a real whopper.

Why?  Well, for starters  –  and everybody knows this –  a huge percentage of the children in those schools will  fail.

The reality is that there are few better ways to condemn a child to a life of poverty than to confine her in a bad school, and a very high percentage of schools in low-income areas are and will remain bad schools.  Many NGO’s as well as international programs like “Education for All” are focused on the body count, on getting more and more children into classrooms.  What happens to those kids in those classrooms is harder to quantify or to track.  One thing that seems clear is that an awful lot of them learn very little. A Brookings Institution study of education in Pakistan by Rebecca Winthrop and Corinne Graff reports that “the education system produces many unemployable youths with few skills for economic survival…..In a recent survey of Pakistani youth, half the students say that they believe they lack the skills necessary to compete in today’s labor market.”  A World Bank Policy Research working paper indicates that, contrary to popular belief, money spent on education often increases inequality in a country. This is partly because those who already have substantial assets are better positioned to take advantage of educational resources than those who have their hands full trying to get food on the table.  But it’s also because from its inception school was designed as a sorting mechanism, a rigged competition where only one form of intelligence is valued, only one way of learning is permitted, and one child’s success means another child’s failure.  We forget that the structure of schools as we know them today was developed during a time when people believed in racist eugenics and Social Darwinism; modern schools were structurally designed to perpetuate a hierarchical class system, and – despite the best efforts of many dedicated teachers – that’s exactly what they still do, through the non-democratic, hierarchical ranking of children which is hard-wired into our entire system of grading, testing, and one-size-fits-all standards.  Until we change that – at home as well as abroad –  education will continue to perpetuate and justify poverty, not to ameliorate it.

Which brings us to terrorism.  If we want to look for links between education and terrorism, we should look hard at this cycle of raised expectations, inevitable failure, disappointment, unemployment, and poverty, which fuels crime and violence all over the world.  According to observers familiar with the region, Greg Mortenson is just fear-mongering when he  suggests that Islamic madrasas in Pakistan and Afghanistan are a primary source of terror recruits (according to Winthrop and Graff, madrasas constitute a small percentage of schools in those regions, and only a tiny percentage of these are militant; the vast majority are simply religious schools, like Catholic schools or Hebrew schools in the U.S.)  But if you confine large numbers of children in poor-quality schools for years, brand them as failures, make them feel stupid, incompetent, and inferior, and then turn them loose without marketable skills into a country with high unemployment, what exactly do you think is going to happen?  “In Kashmir, there are reports that unemployed youths who joined militants ‘found an occupation and ideology, and a new family in which they found bonding and brotherhood.  They had motivation, dedication and direction’ as a result of joining a militant group.”  Substitute the word “gangs” for “militants” and the situation is the same in the U.S.  We need to have a serious conversation about the shame and humiliation that young people experience in school –– and the crummy opportunities available to them afterward –– as an unacknowledged trigger for violence.

Which brings us to girls.  It doesn’t take a professional psychologist to tell you that anything that causes humiliation and anger in men is going to cause increased rates of violence against women.  I don’t question that access to education has benefited some girls and women in Pakistan and Afghanistan.  But the way education is currently framed means it does good for some children at the cost of doing great harm to many others, and this is not good for families, for communities, or for societies.  The answer is not to hold girls back, of course; it’s to challenge the ranking-and-failure paradigm as the only way to help children learn. Because let’s not forget that millions of girls also fail in school every year.  What do we suppose that the future holds for these young women?

I was talking recently to a friend who had grown up in a rural village in the Philippines.  It was one of those places that still exist all over the world, where people don’t have much money but nobody goes hungry. Life was not luxurious; there were hardships and problems, illness and death; but it was not a pit of endless degrading misery either.  Families and friends lived close together; people gathered to sing, joke, and tell stories in the evenings; the mountains and valleys were beautiful; life was slow-paced, and there was plenty of time for relaxation and enjoyment.  My friend was sent to a school where she did well, eventually took advantage of an Army program that enabled her to train as a nurse, moved to the U.S., and spent the rest of her life thousands of miles from her home and family.  She made a good living and sent money home to her family, but she was well aware that this was not the way it worked for everybody. I asked her what happens to the girls from her province who do not succeed in school.

Without missing a beat, she said, “They get trafficked.”

A multitude of pathologies, including suicide, drug and alcohol addiction, mental illness, obesity, and diabetes go up when traditional land-based cultures are disrupted and people transition rapidly from a land-based non-cash economy into the modern global economy, but news like this doesn’t get you on the bestseller list. The aid agencies cherry-pick statistics to prove that the impact of their programs is good, and the popular press repeats their conclusions without question the way they repeat much official propaganda.

To closely question just one of these factors, try looking at the teen suicide rate around the world.  Both school failure and suicide are epidemic among “educated” Indigenous teenagers from the Amazon to Australia to the Arctic Circle.  Young people who no longer learn land-based livelihood skills but who fail to achieve a level of success in school that has any real market value find themselves caught in a devastating dead end, a bleak future at the bottom of the global economic pyramid. Martyn Namarong of Papua New Guinea calls it “the education trap.”

And in societies like India, China, and South Korea whose recent economic growth has been fueled by intense academic pressure placed on children, suicide rates are “spiraling out of control.”

A highly competitive educational system, an extremely selective process for university entrance, violent hazing and bullying in schools and poor family relations are driving too many young South Koreans to take their lives…..School failure is among the top causes of youth suicide. In one case last December, the nation was shocked when twin sisters jumped from an apartment building in Changwon, South Gyeongsang Province, because they were upset about their university entrance exam scores.  (Asia News.)

The bottom line is that the modern school is no silver bullet, but an extremely problematic institution which has proven highly resistant to fundamental reform, and there is very little objective research on its impact on traditional societies. When we intervene to radically alter the way another culture raises and educates its children, we trigger a complex cascade of changes that will completely reshape that culture in a single generation.  To assume that those changes will all be good is to adopt a blind cultural superiority that we can ill afford.  A clearer view of the real impacts of school projects would require well-funded and well-executed research which looks objectively at both positive and negative effects, not reports which mine the data to bolster an a priori assumption that the impact of schooling is always good.   And until we have a clearer view, we should all – NGO’s, development agencies, rock stars, corporate billionaires and bestselling authors included – think long and hard about the principle, “First, do no harm.”

So what are the solutions?

Crucially, we need to recognize the real value of the intellectual traditions of other cultures – including non-literate cultures – and look for ways to share useful information in both directions which does not completely disrupt or undermine the social structures, traditional livelihoods, and knowledge systems of those cultures. And ultimately we need to respect their right to opt out of formal schooling completely if they prefer to raise and educate their children within their own knowledge systems and pedagogies.

But most of all, we need to stop falling for the popular fiction of schooling as a cure for everything and recognize that a romanticized idea of education is being used as a PR device and a smokescreen to obscure the real economic issues at play for powerful nations and corporations – who extract natural resources and cheap labor from weaker nations, and then turn around and tax their own citizens to provide “aid” and “education” to help “end poverty.”  It’s an elaborate shell game, a twisted road to nowhere.  It should be clear by now that the “rising tide” does not “float all boats” – that’s another fairy tale –  and it’s time to start talking seriously about the underlying global economic structures which are creating poverty, so that people everywhere can educate their own children in the way they think best –– without charity. As Nigerian-American author Teju Cole has put it:

What innocent heroes don’t always understand is that they play a useful role for people who have much more cynical motives. The White Savior Industrial Complex is a valve for releasing the unbearable pressures that build in a system built on pillage.

Kyrgyz boy getting an education.

The Future of Big-Box Schooling

Beyond Madrasas: Assessing the Links Between Education and Militancy in Pakistan. By Rebecca Winthrop and Corinne Graff. Brookings Institution, June 2010.

Serious School Failure Is Depressing For Girls, But Not Boys. University of Washington,  ScienceDaily,July 23, 2008.

Suicide the major cause of death among young people. By Wang Shanshan.  China Daily, 2007.

"Generations from now we'll look back and say, 'How could we have done this kind of thing to people?'"